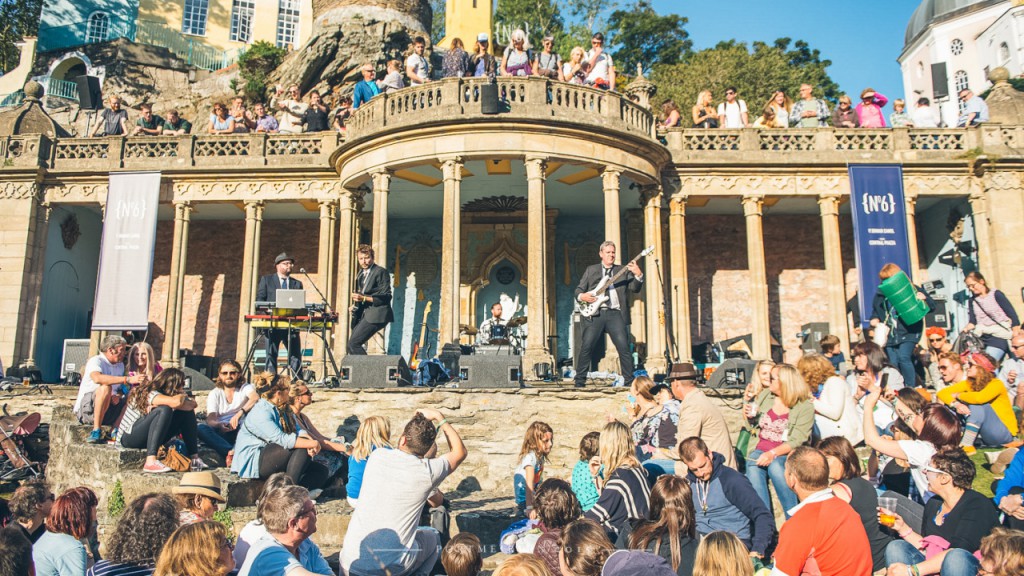 The pavilion stage, the epicentre of the village and the symbol of 6’s eccentricity.

There exist few music festivals in the UK where one can – within a day’s leisure – dance a ceilidh in a piazza, rave to disco under a canopy of rhododendrons, and watch Grace Jones power through a full set of songs whilst she deftly performs the hula-hoop. At festival Number 6 this year you could do all of these three. All said activities were set amongst the immersive faux-Italianate architectural masterpiece of Portmeirion village and against the backdrop of Snowdonia National Park. The stunning location of this fiesta is undoubtedly Number 6’s unique appeal. These days it seems that festival-goers increasingly want something more than just an auditory experience. And why not? With ticket prices for many four-day events nearing the £200 pound mark, it seems that organizers cannot get away through simply billing a few big names and crowding punters into a field. 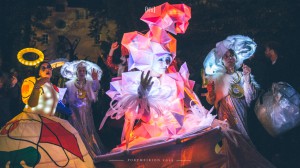 The Parade went through the village daily, enchanting old and young alike.

Of course, beautiful scenery does not by itself constitute a music festival. But here Number 6 did not fail to deliver, boasting an extensive mix of music old and new, electronic and acoustic. The weekend’s headliners (asides from the indomitable Grace Jones) were Belle & Sebastian, Metronomy, and James – all of whom delivered solid if not particularly mind-blowing performances. A plethora of DJ acts managed to keep the punters’ bodies pumping and included Greg Wilson, Horse Meat Disco, and Craig Charles, among many others. The days could be spent by ambling through the woods, where four different mini-stages provided beats aplenty to get involved in, and by watching a range of guitar-based acts, including Squeeze’s Chris Difford and newcomers Aero Flynn. And of course, no Festival Number 6 would be complete without its annual performance from the Brythoniaid Welsh Male Voice Choir; suited men who roar through a mix of traditional and contemporary songs. Their take on Elbow’s One Day Like This rivals the original.

The weekend also included an array of talks, comedy shows, and interviews with the likes of Steve Coogan and Daisy Eris Campbell. Indeed, the festival bills itself as a ‘bespoke banquet of music, arts, and culture’ and so, as with location, the organisers of 6 put much effort into shows that are not primarily music-based. Food also features as very much part of this cultural package, although one may gasp at the £65 + vat per head ‘dinner at Clough’s’. However, a great range of stalls offer reasonably priced, quality festival food such as mustard mac ‘n’ cheese and steak sandwiches. 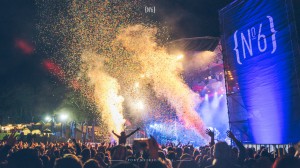 The main stage at Festival no 6.

Fans of festivals who largely go for the music, and might I hasten to add dance music, should by no means be put off by the festival’s eclecticism. The site is large enough – and broad-ranging enough – to spend both day and night partying. Neighbouring festival, Gottwood, host their own stage in amongst the scotch pines near to the village, and a floating pontoon makes for an unusual dance for lovers of house and disco. Whilst music in the woods ceases at dusk, there are enough stages in the main arena to carry on the party into the night. Festival Number 6, no doubt I will be seeing you again.