During Halloween there is no shortage of nights to choose from many have sold out, and those who didn’t buy their tickets two months ago might now be kicking themselves. But there is still hope. In fact, what could be better than spending your weekend at one of Sheffield’s lesser known gems, in spooky locations such as an old funeral parlour, a disused cinema or the South Sea – All Ears brings you its top picks of what’s on this weekend. 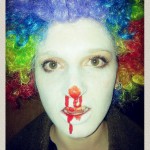 Critical mass takes to the streets once again to celebrate the power of the bicycle. Dress your bike up in a spooky style and cycle around the city with a group of like-minded ghouls, the ride lasts an hour and finishes in the pub.

The Five and Dime team bring you another film unit takeover with their first ever double feature in the shape of the ultimate dream-teen-Halloween screening, with the U.S. 80s cult masterpiece TEEN WITCH followed by 90s teen classic THE CRAFT.

If you go as a duo your less likely to spend large swathes of time alone.

For those who don’t know Audacious, this art and recording studio, nestled in the back streets of Bramall, transforms into an intimate and creative gig venue by night, and hosts an eclectic mix of experimental music. Goosebumps presents a night of spooky synth, welcoming synth punk band Taulard to Sheffield for the first time with support from a selection of the city’s best noise, synth and diy outfits. It’s also BYOB.

The intimate upstairs room at Haggler’s Corner will again host the North and South Halloween mashup. With a selection of bass heavy artists headlined by Kabal resident Winston Hazel this promises to be a special night. Expect funk, soul, breaks, garage, jungle, bassline, hip hop and more – free bottle of rum for the best dressed. 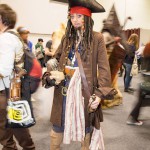 There’s a new venue in town and oh my it’s a good’un! The old funeral parlour on Eyre street has been transformed into an intimate spooky venue which will play the best funk, bass, house and DnB tunes. With a £2 discount for fancy dress and free punch for the first fifty, can you afford to miss one of the parlour’s first nights?

New boys Golden Harvest are set to throw a Halloween party in style. This centrally located café and headshop have two rooms of music and plan to keep going until 8 in the morn’. Expect phat jungle, breaks, DnB and steel city bassline. 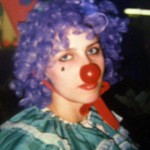 The upstairs of the Riverside is taken over by a dark swathe of ghosts and ghouls riff worshipping doom and metal. Up from Birmingham, Opium Lord are set to smash it.

To some, the South Sea mint do not appear to be the bastion of the UK/Sheffield Grime scene, but on Saturday the Organised noise crew are taking over with phat bassline grime and garage tracks for your ears for only 3 quid on the door. Get ya sen down. 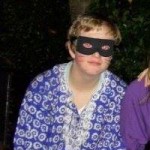 Do at least try though.

Nothing says spooking like an old cinema. The Abbeydale Picture house which opened in 1920 has scarcely been used since it closed in 1975, but with restoration projects underway it’s opening its doors to show F.W. Murnau’s 1922 expressionist masterpiece, NOSFERATU. As the Saturday screening has sold out and Sunday has been added to give you all a second chance, it’s advisable to get advance tickets.